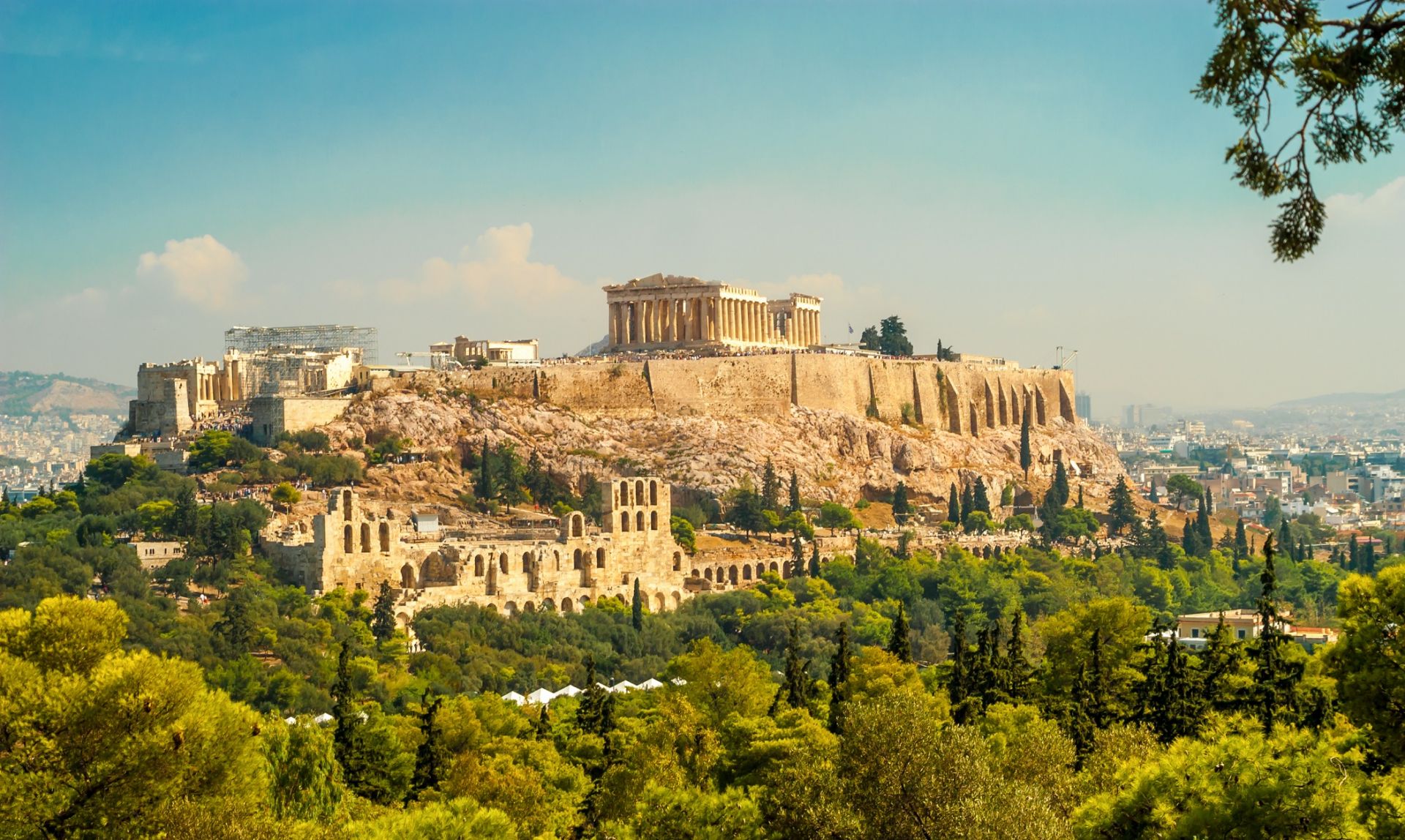 At the “heart” of Athenian Riviera

The Delfini city hotel is located in the area of Moschato, very close to the coastal avenue of Piraeus to Glyfada. Its vantage point allows for easy and swift access to one of the prettiest sections of the coastline. This area sees an intense economical and business activity with dozens of shops, cafés, restaurants, tavernas and bars which “advertise” the Athenian nightlife, especially in the summertime. The multitude of public transport servicing the Moschato area (buses, trams and the metro, connecting Into the broader Athens network) helps you move about the town easily, without any need to rent a car, all day and all night. Moschato is serviced through electric railway (part of the greater metro system), tram (line 1), trolley 1 (Platela Attikis-Tzitzifies-Moschato) and urban bus lines, for which there is a stop near the Delfini hotel. This bus stop is also used by the express bus line connecting to and from the El. Venizelos airport.

Moschato
In ancient times, in the area currently known as the municipality of Moschato, there was the Troia (Troy) settlement. It is here that Tefkros set off to build the Troy colony, at the Hellespontus Straits, where the famous Trojan War later took place. During the 5th century B.C. the area was called Xypeti. The municipality of Xypeti was located between Athens and Piaeus and was part of the “Long Walls” that shielded the city of Athens, which, at present day, – geographically – are situated between the railway lines and Pireos Street. According to Xenophon, in 403 B.C., the army of oligarch Sparta, under Pafsanias, fought the Democrats of Athens, under Thrassyyoulos, on the Xypeti beach. In the 184 century, the present day Moschato area was known as Messia, a name probably given due to its geography between two rivers, Ilissos and Kifissos. The famous battle of Faliro took place in Messia in 1827 at which, Georgios Karaiskakis was wounded. The name MOschato was set in late 19th to early 20th century owing presumably to the many vineyards across the area. 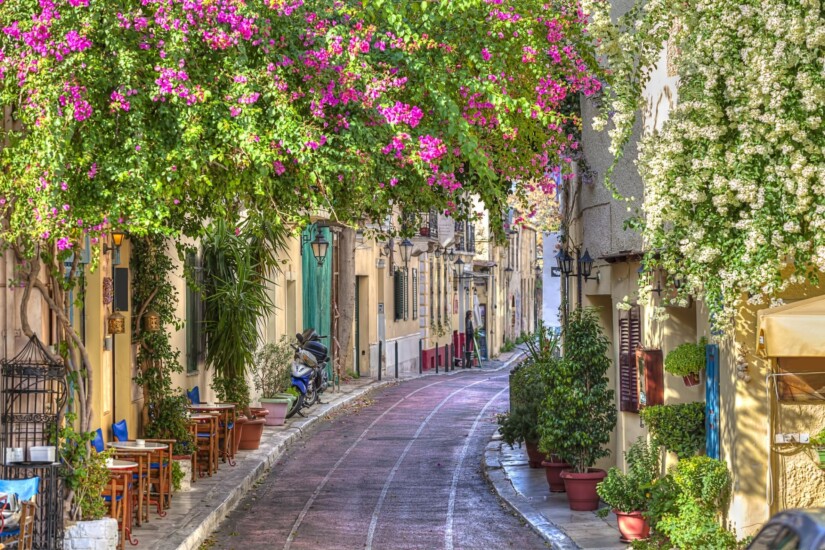 Athens’ city center is only a mere 6 km away from our hotel. 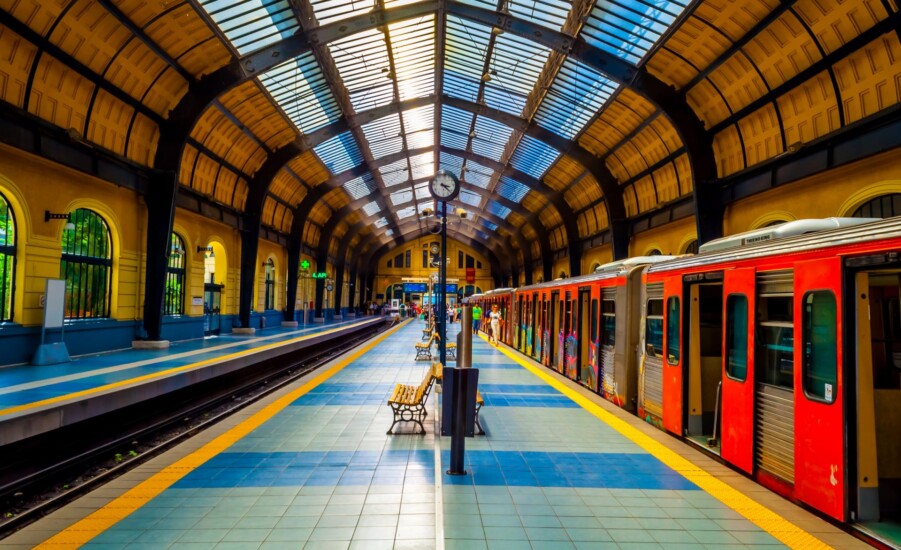 Some useful information for you. 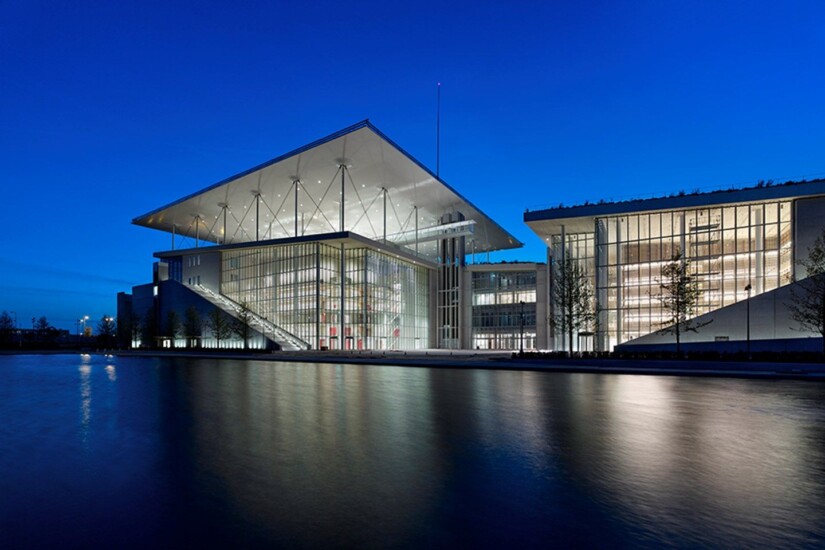 The new Sports Hall of Athens, used as an Exhibition Center. 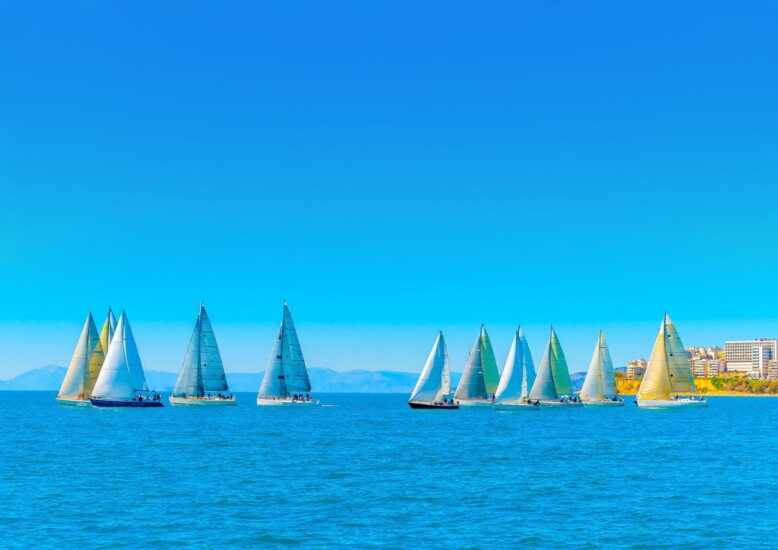 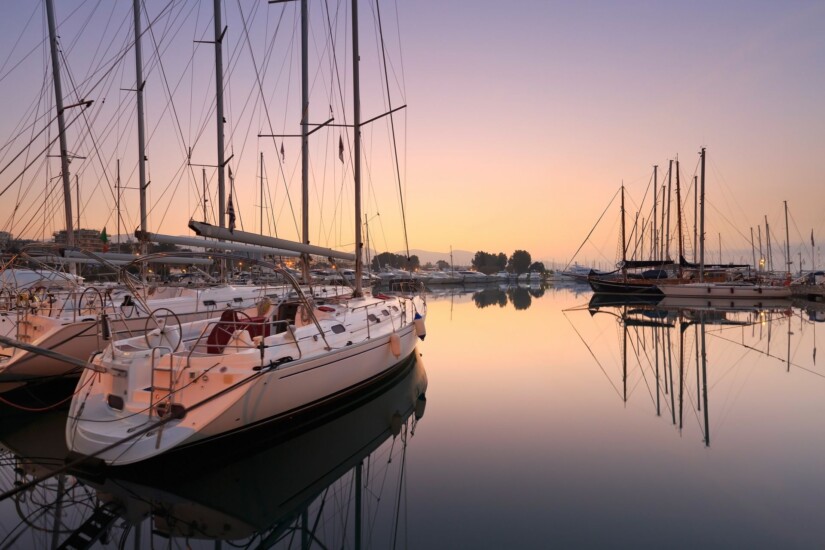 Located only 6 km from the center of Athens – a city that uniquely combines ancient with modern. 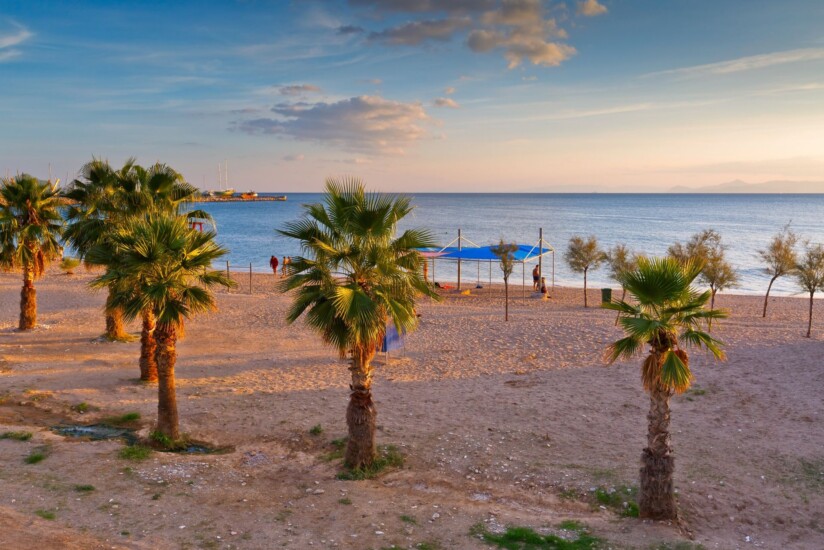 Sandy, well-organized beaches in the area close to the Delfini Hotel. 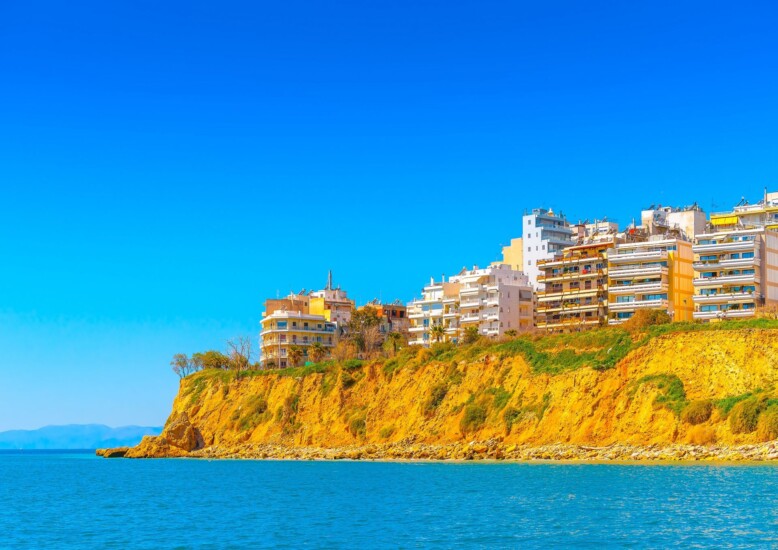 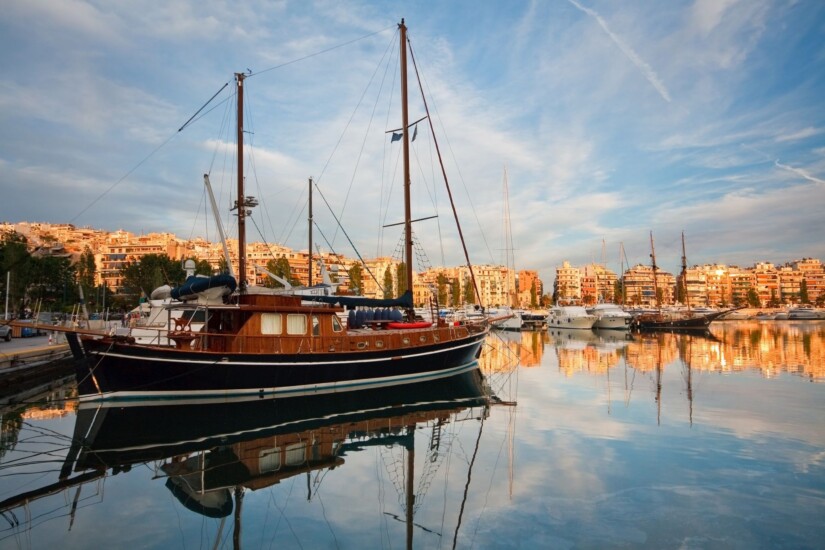 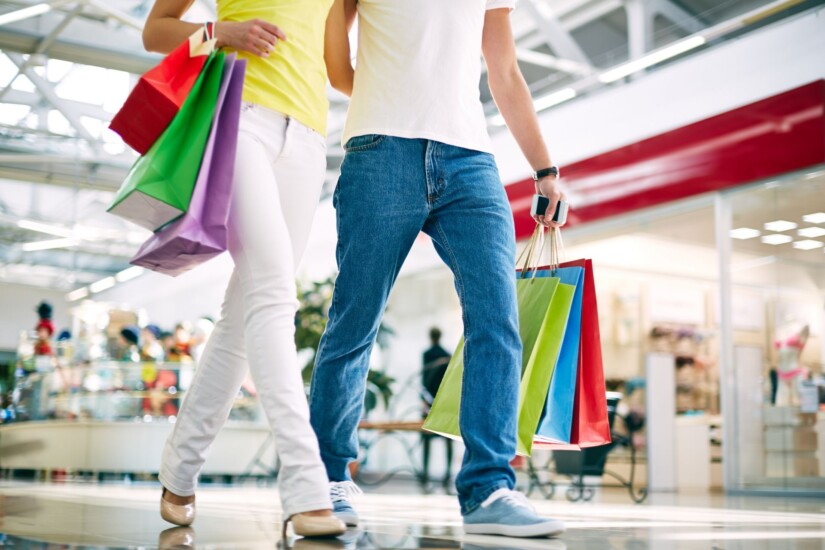 Glyfada is the ideal destination for shopping. 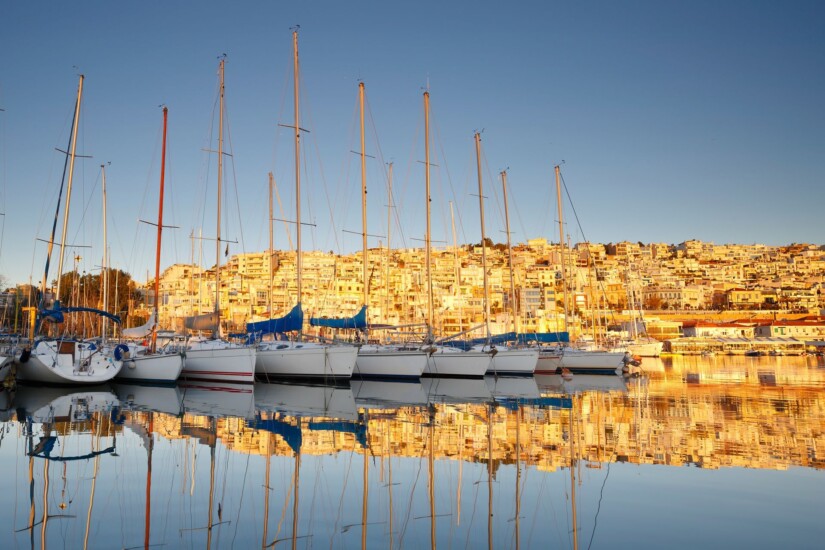 Mikrolimano is a magnet for those seeking entertainment by the sea.